International footballers from Uganda, Kenya and Tanzania are lending their voices to a new campaign to end wildlife crime and stop the illegal trafficking of wildlife and wildlife products through the regions ports and cargo terminals.

KAMPALA - People are being encouraged to report wildlife crime to telephone hotlines, toll-free and anonymously.

International footballers from Uganda, Kenya and Tanzania are lending their voices to a new campaign to end wildlife crime and stop the illegal trafficking of wildlife and wildlife products through the regions ports and cargo terminals.

Cargo sector workers in all three countries are being asked to join the team by looking out for wildlife products concealed and smuggled in container shipments. The governments of Uganda, Kenya and Tanzania have established telephone hotlines for people to report wildlife crime to, free and anonymously. The campaign is backed by Uganda Wildlife Authority and Uganda Revenue Authority, as well as Kenya’s Ministry of Tourism and Wildlife, Kenya’s National Police Service, Tanzania’s Ministry of Natural Resources and Tourism and the Tanzania Ports Authority.

“We have already made Uganda a dangerous route for wildlife traffickers,” he said. “Those who try are taking a big risk because we have a zero tolerance policy to illegal wildlife trade. We should take this to scale across the African continent”.

The campaign has been designed as part of the United Nations Development Programme, Global Environment Facility, GEF and US Agency for International Development “Reducing Maritime Trafficking of Wildlife between Africa and Asia” project, under the GEF-financed, World Bank led Global Wildlife Program, GWP in collaboration with Wild Aid, and has been funded by USAID and the GEF.

Before the pandemic, Uganda’s amazing wildlife helped to draw more than 1.5 milion tourists a year to the country. International and domestic tourists spent more than 6 trillion Uganda Shillings here in 2019. Tourism accounted for more than 8% of Uganda’s GDP, and employed nearly 600,000 people. Tourism also provided around 1.5 million jobs in each of Kenya and Tanzania.

But Uganda’s proud natural heritage, and our people’s jobs, is under increasing threat. Demand for illegal wildlife products, especially from Asia, has fuelled a surge in illegal hunting and harvesting of African animals. Organised criminal gangs are making huge amounts of money for themselves, but in the process they are stealing from all Africans.

Many illegal wildlife products, such as elephant tusks or pangolin scales, are too bulky to send by air. Criminals prefer to send consignments by sea, hidden inside shipping containers.

“East Africa’s ports are on the frontline of the fight against illegal wildlife trade,” said Simon Denyer, Africa Program Manager for WildAid. “It is great to see the authorities in all three countries making renewed efforts to end wildlife trafficking and defend Africa’s natural heritage and economic interests.” In Uganda in just two years, between 2017 and 2019, at least 4.6 tonnes of Ivory, equal to almost 700 slaughtered elephants, were trafficked through the country’s dry ports.

That data is just from publically reported seizures-the actual numbers were probably much higher. “The illegal wildlife trade is threatening ecosystems, as well as human health and safety, while fuelling crime and corruption,” said Mandisa Mashologu, Resident Representative UNDP, Kenya. “IT needs to stop-for all of us and a sustainable future for our children.”

Penalties for breaking the law can be severe, with jail terms up to between 20 years and life imprisonment across East Africa for killing or trading in endangered and protected wild animals.

In Uganda, killing, possessing, transferring, transporting, buying or selling a protected animal species without a permit is punishable by up to life imprisonment, a fine of up to 20 billion shillings, or both.

If you have any information about possible wildlife crime in Uganda, report it toll free and anonymously to 0800245245

Statements made by high Profile officials during the Launch in Kampala. Marz Robertson, WildAid East Africa Representative “If all stakeholders prevent trafficking, they conserve wildlife”, she noted.

Geofrey Balamaga, Acting Assistant Commissioner Enforcement All the border points are alert and we have scanners available to detect illegal wildlife products and we have always partnered with Uganda Wildlife Authority to combat illegal poaching,” he revealed.

John Makombo, Director Coservation, Uganda Wildlife Authority “This fight is not about to end, it has just started. We need to jon hands because for the past two decades, this is one of the most sophiscated illrgal businesses,” he said.

U. S. Ambassador in Uganda. “Uganda is endowed with diversity and if we do not combat wildlife poaching, it will undermine tourism revenues. I commend the government of Uganda for leading the campaign,” she said.

Hon. Bahinduka Martin Mugarra, Minister of State, Ministry of Tourism, Wildlife and Antiquities. “I thanked the President for signing the WildLife Act 2019 into law. I call upon all stakeholders to involves magistrates, judges, and the judiciary as a whole to have interest in curbing this vice,” he said. He promised that though his docket has a budget of 2.2 trillion shillings this financial year, by 2026 it will be at 11 trillion shillings.

Hon. Bahinduka added that his Ministry is recovering from the effects COVID-19 with over 210,000 tourists flocking to Uganda from US, Europe, and Asia. He expects the number of tourists to increase to over 500,000 by 2025 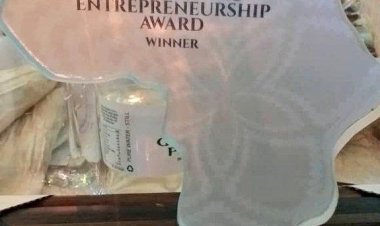