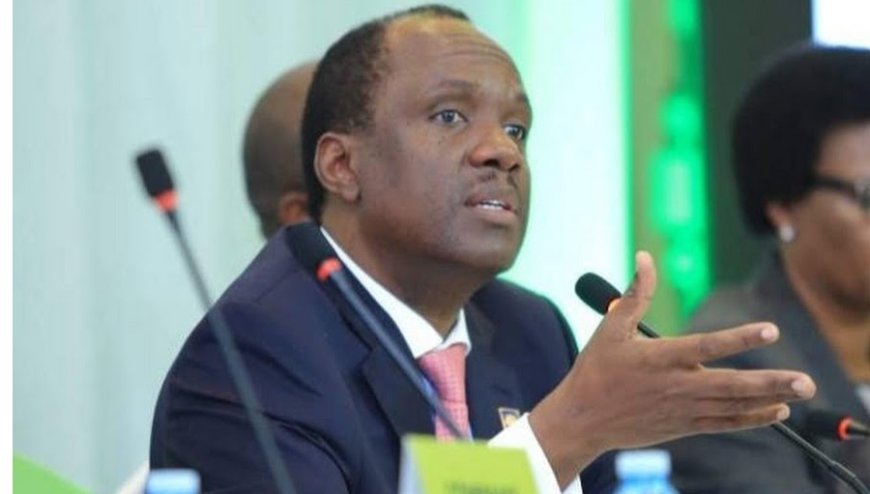 KAMPALA - Protea Hotel Kampala is a four-star hotel located in upmarket Kololo, Kampala district. Protea was opened in November 2007 with a capacity of 71 rooms and large conference facilities. It quickly built loyalty with business travellers and conference businesses. Protea Hotel Kampala holds the master franchise for Protea Hotels Uganda and developments in the rest of the East Africa region.

Appointed to the Board of the Uganda Investment Authority(UIA)

In March 2007, Dr. Patrick John Bitature was appointed as the Chairman Board of Directors, Uganda Investment Authority (UIA). Upon taking on this position UIA made strides in promoting investment opportunities in the country for both local and internationally to become a customer-centric organization.

Appointed to the Board of Umeme

In September 2007, Dr. Patrick Bitature became the Chairman Board of Directors, Umeme Uganda Limited– the country’s sole electricity distribution company. As part of the turnaround plan to improve Umeme’s operations in the last year’s Umeme has significantly dropped yield losses.

Appointed as Chairman of The Presidential Investment Round Table

In May 2007 , Dr. Patrick Bitature was appointed as the Chairman, The Presidential Investment Round Table- a think tank of Private Sector leaders and H.E the President of the Republic of Uganda.

Appointed as Board Member, Traidlinks Limited

In October 2007, Dr. Patrick Bitature was appointed as a Board Member of Traidlinks Limited: an Irish non-profit focused on improving the productivity that promotes the growth of SME for Public-Private Partnership. He was brought on Board for strategic insight into Uganda’s economy and support for operations. 2009

In 2009, Dr. Patrick Bitature was appointed as the Chairman of Ndege Premier Aviation Company. The company offers charter services for light flying planes. 2010

In May 2010, Dr. Patrick Bitature was appointed as Director, CURE Children’s Home Uganda: - First paediatric neurosurgical hospital in Sub-Saharan Africa was established in 2000. Cure Hospital is a specialty teaching hospital focused on treating the neurosurgical needs of children with an emphasis on Hydrocephalus, neural tubes such as spina bifida, and brain tumours. Cure Hospital has emerged as the global leader and centre of excellence for the treatment, management of children transforming many lives and continuing to do tremendous work on a shoestring budget.

In December 2010, Dr. Patrick Bitature was appointed the Honorary Consul, Australian Consulate in Uganda. His role as Honorary Consul is to promote and enhance the relationships between our nations, as well fostering trade and investments both in Uganda and Australia.

Simba Telecom grows and accumulated more accolades Simba Telecom Kenya received an award for being the best performing dealer of Mpesa as well as being the 1st Runner up as the Best Performing Dealer in Airtime Sales.

In 2013, Dr. Patrick Bitature was awarded an honorary doctorate by the United Graduate College and Seminary International, based in Asheville, North Carolina.

In September 2013 stepped down as Chairman Board of Directors, Uganda Investment Authority (UIA).

Appointed as the Chairman of Private Sector Foundation Uganda (PSFU)

Dr. Patrick Bitature was appointed as the Chairman Private Sector Foundation Uganda (PSFU): Uganda’s apex body for the private sector. It is made up of 175 business associations, corporate bodies and the major public sector agencies that support private sector growth.

Appointed as a Board Member, Uganda Reinsurance Company

In May 2015, Dr. Patrick Bitature was appointed as a Board Member, Uganda Reinsurance Company, Uganda’s first and only reinsurance company.

Skyz Hotel was opened in 2017. It is a newly built Four –Star Hotel located atop the highest hill in Kampala (Naguru) with a capacity of 140 rooms.

Appointed as a Board Member, Mulago National Referral Hospital

In September 2021, Dr. Patrick Bitature was appointed as a Member of the Board of the Mulago National Referral Hospital where I hope to use my business acumen to bring business-oriented solutions to problems in the areas such as customer service and construction.

1. Certificate of Appreciation given for contribution to the development of the Strategy for financial literacy in Uganda.
2. Consectetur adipiscing elit
3. Social Investment Champion of the year 2020-2021
4. An outstanding achievement award by Makerere University Business School
5. International Ernest & young entrepreneur of the year East Africa 2011
6. Doctorate of Philosophy in Humanities- United Graduate College and Seminary
7. Business Leader of the future by Price Waterhouse Coopers 2003
8. Vocational award for outstanding contribution towards Uganda’s economy 2008/2009
9. Award given for support shown to Orient Bank (2018)
10. Award given in recognition of outstanding dedication and insight towards the success of NIC.
11. Award given in recognition of outstanding contribution and leadership as Chairman of the Board of PSFU(2014-2016)
12. Award for the contribution to the success of the Presidential Investors’ Round Table II, 2007-2009.
13. Best overall distributor of Nokia in 2005.