You must behave better than a village person who did not go to school, Dr. Tanga Odoi reacts to rowdy students and other stakeholders who tried to halt the Makerere University Convocation AGM 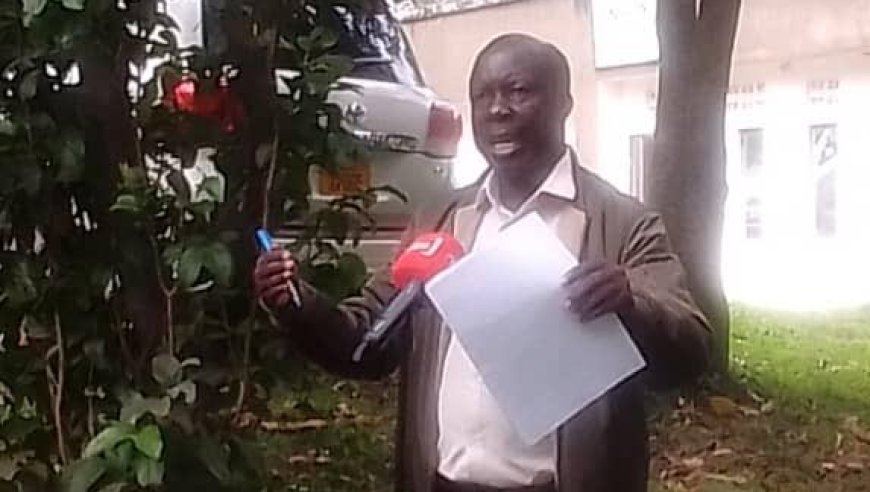 KAMPALA - Makerere University Convocation chairperson, Dr Tanga Odoi has defended and praised the security invasion of their Annual General Meeting held on December 30, 2022 which ushered in a new executive to be led by George Turyamureeba Mugabi.

Military personnel together with Police commanded by Gerald Twishimwe, the Commander of Kampala Metropolitan Police North stormed the Auditorium and dispersed the meeting. In the process, at least four people were arrested and seven out of the nine candidates stepped down accusing Odoi of messing up the exercise.

“What security did was right. You saw the stampede that happened at freedom city. Maybe the security personnel detected violence and what they did is within their mandate to maintain law and order.

Dr. Tanga Odoi the Chairperson of the Makerere University Convocation flanked by the Vice Chairperson, Diana Hope Nyago and a Committee member Hamba Loyce thanked the Makerere University Convocation members who persevered and came for the annual general meeting held on 30th December 2022 and regretted the chaos caused by some members who he described as a click of university students, some of them who had been expelled, by the university because of hooliganism.

“When we get details about their names, because our camera captured them and we have their photos, we will name and shame them,” Dr. Tanga Odoi revealed.

The AGM of Makerere university is mandated by the law, the AGM of the Makerere University Convocation is a supreme body as by the law according to Dr. Tanga Odoi.

Hon. Nyago, the Vice Chairperson of the Convocation read organs of the convocation including Article 8.1, which states that the Makerere University General Assembly which is the supreme organ of the Convocation will hold a general assembly, which shall convene at least once a year.

Odoi added the general assembly of the Convocation being a supreme organ, the members of the general assembly have a right to decide what they do. “That day when we put up an agenda, we amended the agenda and requested we only deal with a few items because of time. They removed all other items, but emphasized elections must take place because it is their right. A group including Charles Odongotho, Hon. Gerrad Karuhanga, Rutaro Robert, to mention began shouting that the election must not take place. When we put it to a vote, the majority of Convocation members decided that election must take place,” Dr. Tanga revealed during the presser.

He added that the same group of three had gone to court after writing through the secretary Makerere University Convocation through their lawyer, Lukwago and company advocates and when they complained through their lawyer before the complaint was even answered, they went to court which gave a determination.

Dr Odoi added that as to whether this application for stopping the Convocation General assembly was brought in good faith, the court said looking at the time the elections are about to be held which are remaining hours, and given the fact that the elections even when held can still be annulled if the alleged irregularities and malpractices are proven, their remains remedies for the applicants to explore, therefore I do not find this application where an ex party order should be granted, and it was dismissed on the 29th December 2022.

“They came to the assembly to try to make sure they block the election. The same people who went to court are now the same people claiming this election should not take place, they caused a stampede, disrupted the floor of events, and because there was life at stake, security came in. people would have died,” Dr. Tanga Odoi said.

He added that because of carelessness at Freedom City look at freedom city, we lost 10 Ugandans, and if security at Makerere University Convocation elections had also said let us stand, maybe more people would have died, maybe 20 or 30. So it was right for security in their judgement to come in by getting the ring leaders, took them out and the process continued.

Dr.Tanga Odoi reminded Ugandans of the scuffle that ensued in Parliament when some parliamentarians wanted to disrupt nad block the amendment of Article 102(b) on the removal of age limits for one to stand for president in the constitution.

“If parliament had given in to the parliamentarians who did not want article 102(b) to be amended, parliament would have lost its authority because it has its rules and regulations. Similarly, if Makerere University Convocation had given in to the noise, the process would be disrupted. As Chairman, I am waiting for anybody to take me to court, if I did anything wrong,” Dr. Tanga added.

While reacting to others blaming police on how they treat university graduates, Dr. Tanga Odoi responded sarcastically; “You must behave better than a village person who did not go to school. You are shouting at Tanga Odoi, Tanga is there very jolly.”

On the issue of his son Collins Tanga who was elected as the Makerere University Convocation Publicity Secretary from 2023-2027, Dr. Tanga Odoi said that his son is a member and has a right to vie for any position at stake because he is an alumnus.

“Imagine fighting someone at the position of publicity secretary, these guys had nothing to do but just wanted to disrupt the process. We have Members of Parliament who are married, so what is wrong with my son standing,” Dr. Tanga wondered.

Those who pulled out of the race included Superintendent of Police Jackson Mucunguzi, former Ntungamo Municipality MP Gerald Karuhanga, Journalist and lawyer Charles Odongotho, Makerere University staff Tibayingana Anthony, and Ezra Byakutangaza, Bateeze Daniel, Suuna Henry and Byakatonda Abdul. In the history of the Convocation, this year’s election was the most contested and most vibrant. The new leaders are expected to start their four-year term of office in April 2023. 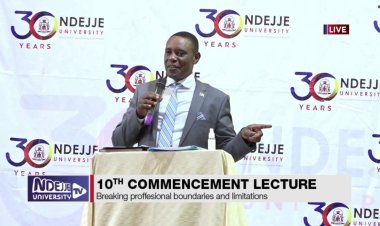 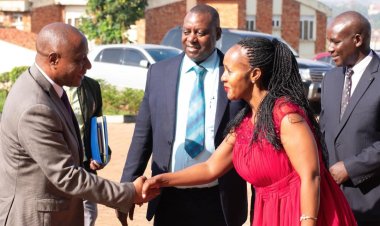 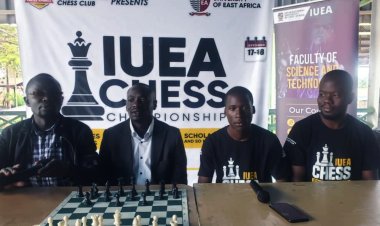