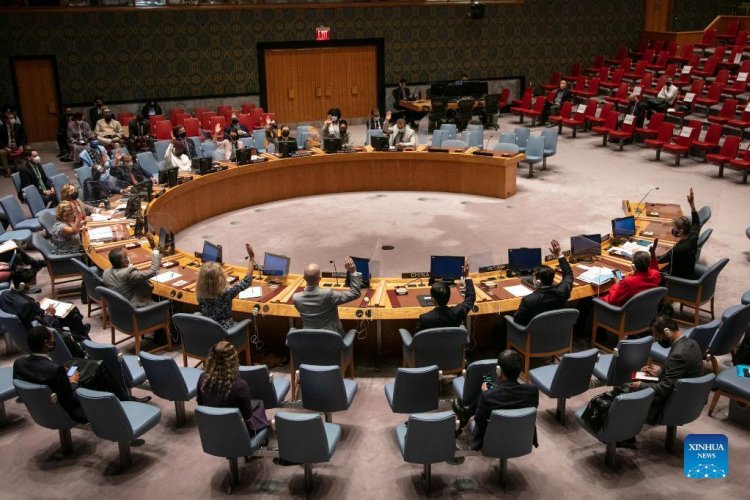 An image of the UN Security Council in New York. /Xinhua

The UN General Assembly convenes on Tuesday to debate a draft resolution that would require the five permanent members of the Security Council to justify their use of the veto.

The resolution, backed by the United States, and fueled in part by Russia’s military operation in Ukraine, revives an old idea aimed at making Security Council permanent members cut back use of their veto powers.

Russia’s veto power has allowed it to paralyze action in the Security Council, which is supposed to intervene in such conflicts as guarantor of global peace, as defined by the Charter of the United Nations.

The proposal is co-sponsored by some 50 countries including the United States but, significantly, does not have support from any of the other four permanent members of the Security Council — Russia, China, France and Britain.

The Security Council also has 10 non-permanent members, who do not have the right of veto.

Among the co-sponsors who have committed to voting for the text are Ukraine, Japan and Germany, the latter two hoping for seats as permanent members in a possibly enlarged Security Council in view of their global political and economic influence.

The positions of India, Brazil or South Africa, and other contenders for a potential permanent seat have not yet been revealed.