Over 30 people were killed in attacks by suspected militants on Sunday and Monday in northeast DR Congo’s troubled Ituri province. 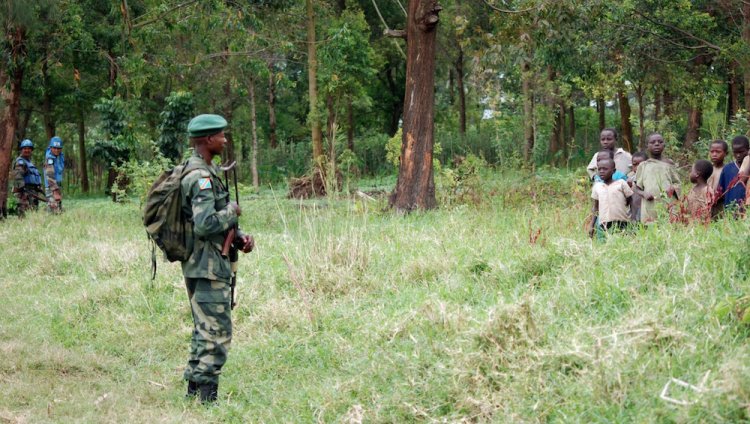 A soldier on patrol in DR Congo. /AFP

Rebels from the Allied Democratic Forces (ADF), one of the most notorious armed groups, “attacked the population” in two villages around Komanda, 75 kilometres (45 miles) south of provincial capital Bunia, said David Beiza, head of the Red Cross in Ituri’s Irumu territory.

As well as attacking the villages of Mangusu, where 17 civilians died, and Shauri Moya, where nine were killed, the assailants also targeted a bridge over the Ituri River, killing four more, Beiza said.

The Kivu Security Tracker (KST), a respected monitor, reported later on Twitter “at least 18 civilians were killed in Mangusu village… on Monday”, adding that “the ADF are suspected.”

The ADF rebels, who are presented by the Islamic State group as its central African affiliate, have carried out extreme violence against civilians.

The villages attacked are just 12 kilometers from Drakpa town where 14 civilians, including seven children, were killed in a camp for displaced people days earlier.

In late November, Ugandan troops joined DR Congo’s army in an operation against the ADF, following bomb attacks in the Ugandan capital Kampala that were blamed on the group.

The region has been in the grip of armed groups for a quarter of a century, many of them a legacy of the Congo Wars of the 1990s and early 2000s.

Democratic Republic of Congo Prime Minister Jean-Michel Sama Lukonde is heading a ministerial delegation to visit the two provinces, which began in North Kivu capital Goma on Monday to take stock of the state of siege.