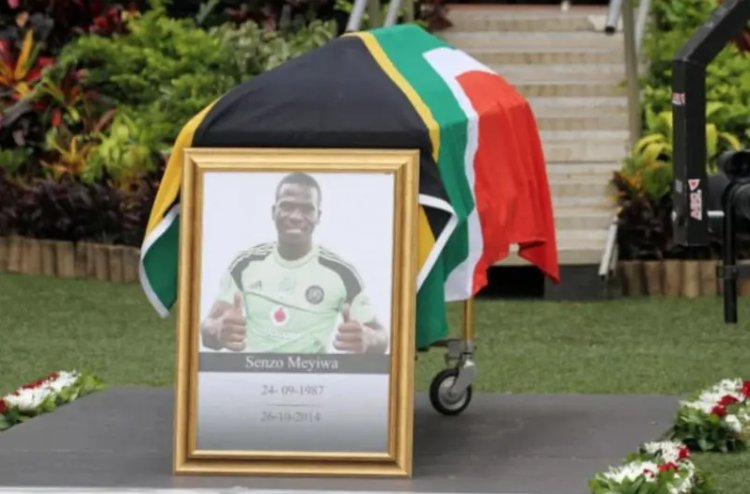 The long-delayed and highly-anticipated trial of men accused of murdering South Africa’s former football captain Senzo Meyiwa finally got underway on Friday, eight years after he was slain.

The 27-year-old goalkeeper was gunned down at the Vosloorus home of his pop-star girlfriend Kelly Khumalo, in the southeastern outskirts of Johannesburg during the evening of October 26, 2014.

The murder stunned the nation which is already numbed by its staggering murder rate.

On Friday they were formally charged with murder, attempted murder, armed robbery and illegal possession of firearms and ammunition.

All pleaded not guilty to murdering Senzo Meyiwa.
Senzo Meyiwa's family will be represented by Gerrie Nel

Gerrie Nel, a former state prosecutor who led the case against Paralympian Oscar Pistorius and has a reputation of winning high-profile cases, who is now representing the Meyiwa family, believes the mastermind of the murder is yet to be arrested.

The trial opened two weeks after the April 7 release of the five-part Netflix docu-series, ‘Senzo: Murder of a Soccer Star’ which attempts to unveil the circumstances around the killing of the then captain and goalkeeper of both the national team, and Orlando Pirates.