Twenty million people are at risk of starvation this year as delayed rains worsen an already brutal drought in Kenya, Somalia and Ethiopia, the UN warned on Tuesday. 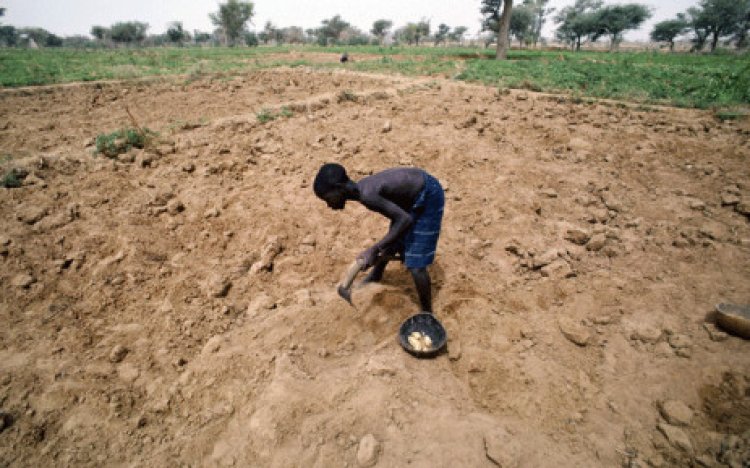 NAIROBI - Twenty million people are at risk of starvation this year as delayed rains worsen an already brutal drought in Kenya, Somalia and Ethiopia, the UN warned on Tuesday.

An extreme months-long drought has left the Horn of Africa on the verge of a humanitarian catastrophe, destroying crops and livestock and forcing huge numbers of people to leave their homes in search of food and water.

As long-awaited rains fail to materialise nearly a month into the current rainy season, "the number of hungry people due to drought could spiral from the currently estimated 14 million to 20 million through 2022," the UN's World Food Programme (WFP) said.

Six million Somalis or 40% of the population were facing extreme levels of food insecurity and there was "a very real risk of famine in the coming months" if current conditions prevailed, WFP said.

In Kenya, half a million people were on the brink of a hunger crisis, with communities in the north of the country especially at risk due to their reliance on livestock.

The number of Kenyans in need of assistance has risen more than fourfold in less than two years, the agency said.

Meanwhile malnutrition rates in drought-hit southern and southeastern Ethiopia have surged above emergency thresholds, while the north of the country has been in the grip of a 17-month war between government forces and Tigrayan rebels.

The dire conditions have been exacerbated by the conflict in Ukraine, which has contributed to soaring food and fuel costs and disrupted global supply chains, WFP said.

The agency warned that a lack of funding could trigger a catastrophe, calling for $473 million over the next six months.

A previous appeal in February raised less than four percent of the cash needed, it said.

"We know from past experience that acting early to avert a humanitarian catastrophe is vital, yet our ability to launch the response has been limited due to a lack of funding to date," said Michael Dunford, WFP's regional director for East Africa.

East Africa endured a harrowing drought in 2017 but early humanitarian action averted a famine in Somalia.

In contrast, 260,000 people, half of them children under the age of six, died of hunger or hunger-related disorders when a famine struck the country in 2011.

Experts say extreme weather events are happening with increased frequency and intensity due to climate change.