Former Ivory Coast star Salomon Kalou believes his country have 'a good chance to win' the 2023 Africa Cup of Nations (Afcon) when they host the tournament during June and July next year. 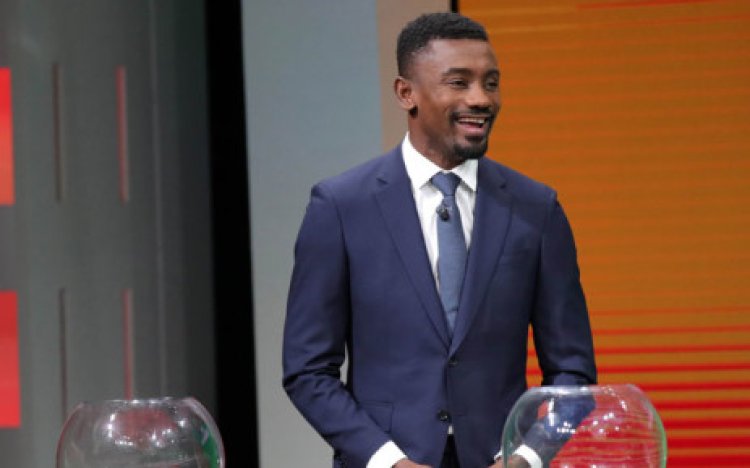 Kalou and former South Africa star Lucas Radebe made the draw for the 2023 qualifying groups at the studios of TV channel SuperSport in Johannesburg on Tuesday.

Although automatic qualifiers as hosts, the Ivory Coast were included in the 48-team draw and placed in Group H with Zambia, the Comoros and Lesotho.

With the Ivorians guaranteed a place at the next Cup of Nations, only the highest placed of the other three teams will join them at the finals.

Being grouped with Zambia will bring back sad memories for Ivorians, as they suffered a shock loss to the Chipolopolo (Copper Bullets) on penalties in the 2012 final in Gabon.

Ivory Coast won the premier African national team competition in 1992 and 2015 and Kalou is convinced the 'Elephants' can complete a hat-trick on home soil.

"Playing at home is always an advantage," said the 36-year-old who helped the Ivorians defeat Ghana on penalties to win the 2015 final in Equatorial Guinea.

"Teams achieve extra power when playing in front of their countrymen. What we have to do is find the right balance in the team between youth and experience.

"If we succeed in doing that, the chances of the title staying in the Ivory Coast after the tournament are high."

Ivory Coast are coach-less after deciding not to renew the contract of France-born Patrice Beaumelle following a last-16 exit from the 2021/2022 Cup of Nations after a penalty shootout against Egypt.

Defending champions Senegal, who edged Egypt on penalties after a goalless final two months ago in Yaounde, are in Group I with Benin, Mozambique and Rwanda.

Egypt, record seven-time champions but losers of two of the last three title deciders, were paired with Guinea, Malawi and Ethiopia in Group D.

Belgium-born South Africa coach Hugo Broos wanted an "easy" draw, but did not get one as they must tackle Morocco, Zimbabwe and Liberia in Group K.

Nigeria, one of several African countries currently without a coach, must tackle Sierra Leone, Guinea-Bissau and Sao Tome e Principe or Mauritius in Group A.

The participation of Zimbabwe, and Kenya in Group C, is dependant on Fifa bans on the countries over government interference being lifted by mid May, two weeks before the qualifiers begin.