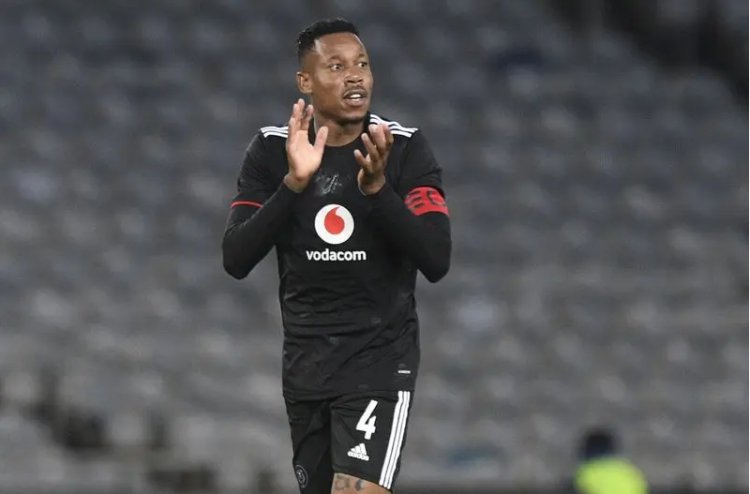 Orlando Pirates captain Happy Jele conceded a penalty that Shomari Kapombe converted to give Simba SC of Tanzania a 1-0 win on Sunday in a CAF Confederation Cup quarter-final first leg.

A scrappy affair before a capacity 60 000 crowd in Dar es Salaam appeared to be heading toward a goalless stalemate when disaster struck the Buccaneers on 68 minutes.

The Tunisian referee immediately pointed to the spot as Jele and his team-mates protested and VAR confirmed that the original decision was correct.

Tanzania international Kapombe took his time with the spot-kick, slowly moving toward the ball before sending former Ghana goalkeeper Richard Ofori the wrong way with a low shot into the corner.

Orlando Pirates, whose cautious attitude from the kick-off at the Benjamin Mkapa Stadium suggested they had travelled to east Africa content to come away with a draw, suddenly became more adventurous.

Orlando Pirates will host the return leg on Sunday, 24 April

Simba comfortably retained the slender lead in a match that did not live up to its high-profile billing, leaving the outcome of the two-leg tie in the balance.

The clubs meet again next Sunday at Orlando Stadium and a boost for the South Africans is a recent government decision to allow spectators to return after a two-year ban owing to coronavirus.

Crowds are permitted up to 50 percent of capacity, meaning Orlando Pirates can allow 20 000 supporters to cheer them on in the African equivalent of the UEFA Europa League.

While Orlando Pirates are unbeaten at home with three victories and a draw in the Confederation Cup, Simba SC have fared poorly away from Tanzania, drawing one match and losing three others.

Simba SC will also reportedly have to do without Morrison, who fell foul of South African authorities when he played for Orlando Pirates during the past decade, and has been refused a visa.

The return leg at the Orlando Stadium in Soweto is scheduled for Sunday, 24 April at 18:00.

Banned Kenya and Zimbabwe to be included in 2023 AFCON draw