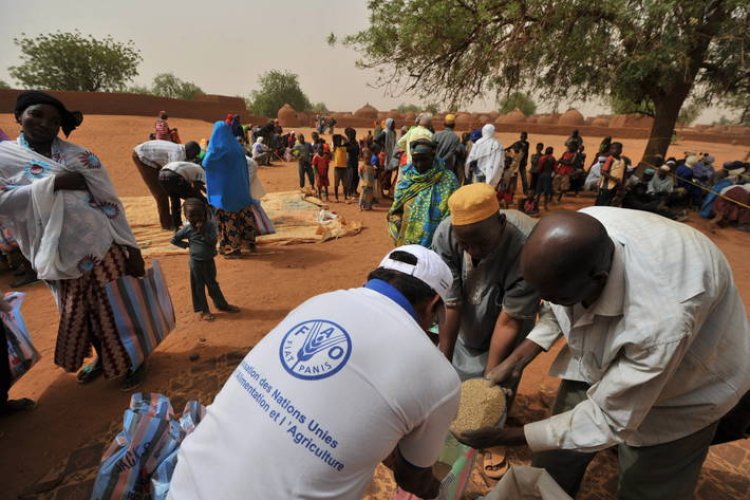 Seeds being delivered to farming families in the Sahel. /FAO

Pledges were led by the European Union, whose contributions for 2022 will reach 240 million euros, in addition to 654 million euros the bloc has promised in long-term development aid, the FAO said in a statement issued late Thursday.

Another big donor is France, which will provide 166 million euros in food support this year.

Acute c in the region has almost quadrupled since 2019, affecting more than 40 million today compared to 10.8 million three years ago, according to the FAO.

Extreme drought, the COVID-19 pandemic and now the issue in Ukraine are amplifying factors.

The pledges were made at a high-level meeting on Wednesday organized by the so-called Sahel and West Africa Club, the EU and the Global Network Against Food Crises.

The meeting looked at immediate problems of food aid as well as structural hurdles affecting the region’s food supplies.