Orlando Pirates were given an excellent chance of reaching the CAF Confederation Cup final after the quarter-final and semi-final draws. 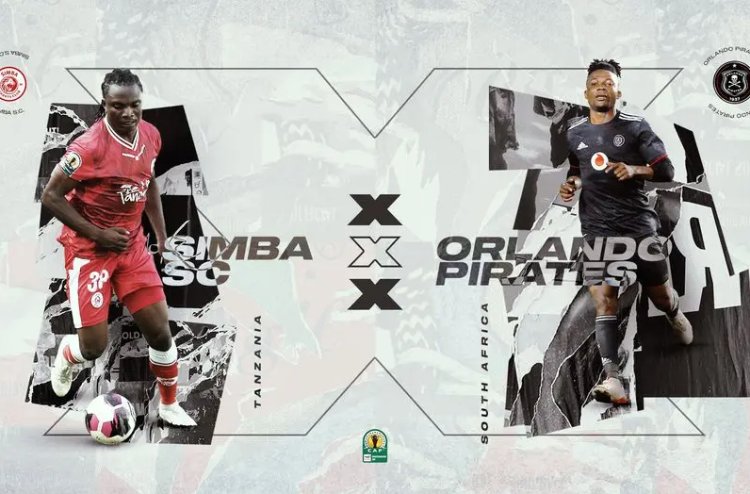 Orlando Pirates were given an excellent chance of reaching the CAF Confederation Cup final after the quarter-final and semi-final draws. Photo: Twitter @CAFCLCC

Orlando Pirates were given an excellent chance of reaching a second CAF Confederation Cup final after being handed favourable quarter-final and semi-final draws in Cairo on Tuesday.

The Buccaneers face Tanzanian outfit Simba SC in the last-eight phase of the African equivalent of the UEFA Europa League with the first leg in Dar es Salaam on Easter Sunday, 17 April.

Orlando Pirates, who lost 2-1 on aggregate to Tunisian team Etoile Sahel in the 2015 final, will host the return match in Soweto the following weekend.

The Tanzanian side staged a brave second-leg comeback to win 3-0, but finished overall losers as they seek to become the first team from the east African nation to win a CAF club competition.

Should Orlando Pirates overcome Simba SC, they will tackle a Libyan club, Al-Ittihad or Tripoli neighbours Al Ahly, in the semi-finals in May, with the first match in the oil-rich north Africa nation.

Orlando Pirates lost 3-2 away and drew 0-0 at home against Al-Ittihad in the group stage, but a team captained by veteran centre-back Happy Jele will be hopeful of reversing the results should they meet again.

Ahly Tripoli surprisingly won Group A ahead of Egyptian big spenders Pyramids and will start as slight favourites to win the Libyan derby.

In the other half of the quarter-finals draw, Pyramids confront two-time CAF Confederation Cup winners TP Mazembe from the Democratic Republic of Congo.

Funded by Saudi and Emirati petro dollars, Pyramids are competing for a third consecutive season and finished runners-up and reached the semi-finals in previous attempts.

Mazembe have lost the now ageing stars who helped them win the CAF Champions League three times during the past decade, but won Group C and remain particularly strong at home in the mining city of Lubumbashi.

Moroccan outfit Renaissance Berkane, the other former CAF Confederation Cup title-holders in the field, travel to Egypt for the first leg of a quarter-final against Al Masry.

Note: Single-match final will be played between May 22 and 29 at a venue to be announced