Kibaki, who died aged 90, served as the country's third president from December 2002 to April 2013, taking over from the authoritarian rule of Daniel arap Moi. 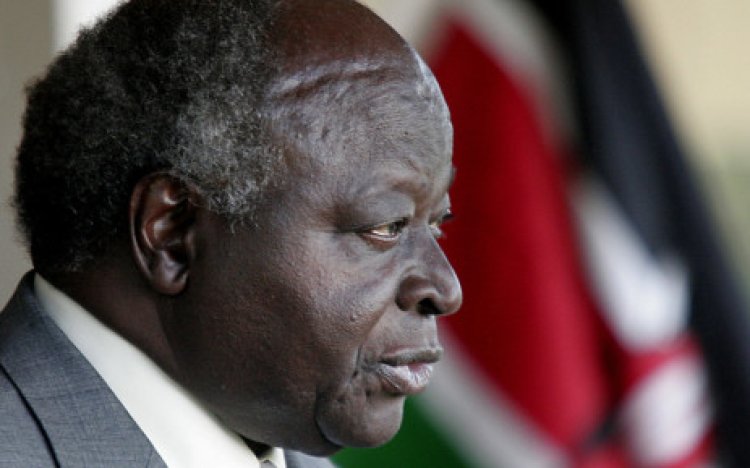 NAIROBI - Kenya will hold a state funeral next week for former president Mwai Kibaki, who led the East African nation for more than a decade, Interior Minister Fred Matiangi said on Saturday.

Kibaki, who died aged 90, served as the country's third president from December 2002 to April 2013, taking over from the authoritarian rule of Daniel arap Moi.

"The former head of state will be given a state funeral with the highest honours because of the distinct service he rendered to our country," Matiangi said.

Kibaki, whose political career dated back to the birth of independent Kenya, will be buried next Saturday at his home in Othaya in the Nyeri highlands, he said.

"The burial ceremony will be preceded by a funeral service on Friday at the Nyayo National Stadium" in Nairobi, and his body will lie in state at Kenya's parliament from Monday to Wednesday to allow citizens to pay their respects, the minister said.

Condolences poured in from Kenyan politicians, African leaders, the African Union and former colonial ruler Britain when Kibaki's death was announced on Friday.

His rule saw the most violent election in Kenya's history when more than 1,100 people died in ethnic battles after disputed 2007 polls, but he also oversaw the adoption of a new constitution with reforms aimed at preventing such unrest.

But his rule was also marred by rampant government corruption and lavish spending on flagship projects contributed to a debt mountain.

The cause of death was not officially disclosed, but his his health had fluctuated since a serious car accident in 2002 and he had been in and out of hospital.

President Uhuru Kenyatta, who hailed his predecessor as "the gentleman of Kenyan politics", has ordered a period of national mourning until sunset next Saturday, with all flags on public buildings to be flown at half-mast.