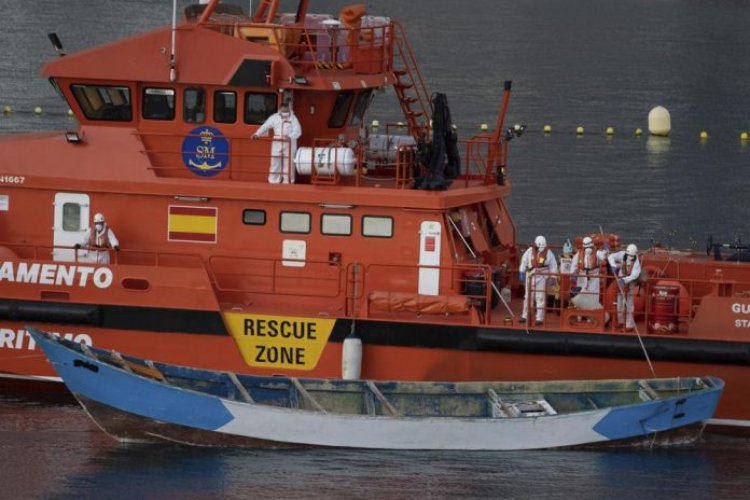 FILE – In this Wednesday, April 28, 2021 file photo, a wooden boat is towed by a Spanish Maritime Rescue Service ship as they arrive at the port of Los Cristianos in the south of Tenerife, in the Canary Island, Spain. At least 29 Africans, including seven girls, died last week while trying to reach Spain’s Canary Islands by boat, a United Nations agency and Spanish non-profit assisting migrants in peril said Monday, Aug. 30, 2021. Spanish maritime rescue services on Friday rescued 27 migrants an
Tunisian authorities recovered the bodies of 13 migrants, including six women and six children, after their boats capsized trying to make the dangerous sea crossing to Italy, a court official said Saturday.
The migrants were all from sub-Saharan Africa and had set off in two boats, said Mourad Turki, spokesman for the court in the Mediterranean port city of Sfax.

Rescuers pulled 37 migrants from the water on Friday and Saturday but a dozen more remained unaccounted for, he told AFP.

Tunisia and neighbouring Libya are key departure points for migrants seeking to reach European shores, often in vessels that are barely seaworthy.

The United Nations’ refugee agency UNHCR has said that around 1,300 migrants drowned or went missing in the central Mediterranean in 2021, making it the world’s deadliest migration route.

The International Organization for Migration estimates that more than 18,000 migrants have died or disappeared while attempting to make the crossing since 2014.