He becomes the latest figure from the two main parties to join the race to lead Africa's most populous country and biggest economy. 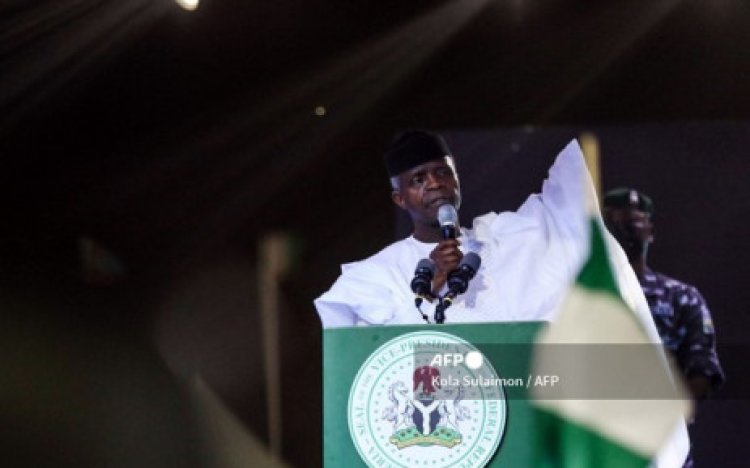 LAGOS - Nigerian Vice President Yemi Osinbajo declared on Monday he would run for the nation's top job next year when incumbent Muhammadu Buhari is scheduled to step down.

He becomes the latest figure from the two main parties to join the race to lead Africa's most populous country and biggest economy.

First elected as Buhari's deputy in 2015, Osinbajo made the announcement after months of speculation on whether he planned to succeed his boss.

In a statement, the 65-year-old senior lawyer and former university teacher said his years of stewardship under Buhari had made him the best man for the job.

"Which is why I am today, with utmost humility, formally declaring my intention to run for the office of the President... on the platform of our great party, the All Progressives Congress," Osinbajo said.

He promised to continue with Buhari's policies and programmes, including huge projects of new roads and railways.

A key issue ahead of the February 2023 election is security, with Nigeria's armed forces battling a jihadist insurgency in the northeast, violent criminal gangs in the northwest and separatist tensions in the southeast.

Osinbajo joins an array of aspirants from the ruling APC to vie for the party's ticket.

APC leader and former Lagos Governor Bola Tinubu has already announced he would run. Osinbajo served under Tinubu as justice commissioner in Lagos for eight years.

The ruling party is expected to choose its flag bearer by June and the candidate will face whoever emerges from the main opposition Peoples Democratic Party (PDP).

Former vice president Atiku Abubakar, 75, who has run five times for president, last month announced he would run again on the PDP platform.

An unwritten rule of Nigerian politics is that the presidency is expected to "rotate" between the mostly Muslim north and the predominantly Christian south in bid to share power more equally.

After Buhari, a Muslim from the north, completes his two terms next year, many southerners say the presidency should rotate back to their region.