Mamelodi Sundowns could face Al Ahly in the final of this season’s CAF Champions League following the playoff draws. 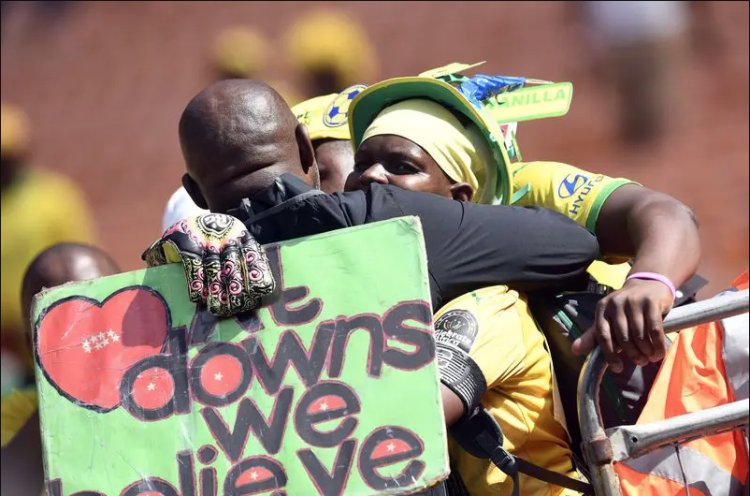 Off-form title-holders Al Ahly of Egypt were paired with in-form Raja Casablanca of Morocco on Tuesday when the CAF Champions League quarter-finals draw was made in Cairo.

The options were Raja, Casablanca neighbours Wydad, or Esperance of Tunisia, all multiple former winners of the marquee African club competition.

Al Ahly were first out of the bowl in a draw conducted by CAF officials with assistance from former Esperance coach Mouine Chaabani, who guided the Tunis club to the 2018 and 2019 CAF Champions League titles.

Next came Raja, who are hoping to end a 23-year drought in the competition after being crowned champions in 1989, 1997 and 1999, each time after a penalty shootout.

But the Mohamed Sherif-led Cairo Red Devils attack lacked firepower in the group stage, failing to score in two matches against Mamelodi Sundowns and one against Al-Hilal of Sudan.

Raja won seven of eight qualifying and group matches with the sole slip-up a 2-1 away loss to Horoya of Guinea in Conakry.

Al Ahly pipped Raja 6-5 on penalties after a 1-1 draw when they met in the annual CAF Super Cup match last December in Qatar with a string of superbly struck spot-kicks ending when a Moroccan blazed wide.

The odds favour a continuation of the trend as three of the semi-finalists will come from the north after the two southern sides, Mamelodi Sundowns and Angolan outfit Petro Luanda, were paired.

Mamelodi Sundowns edged Petro on penalties in a 2001 semi-final, but the impressive South Africans will expect to make a less anxious passage to the penultimate round this time.

Wydad fired a warning to the other contenders last weekend by crushing Petro 5-1 to win Group D and are set to overcome Algerian opponents Chabab Belouizdad.

Note: Single-match final will be played between May 22 and 29 at a venue to be announced