Kinshasa has condemned the shooting by a white US police officer of one of its emigrants nearly two weeks ago, according to a transcript of a government meeting seen on Saturday. 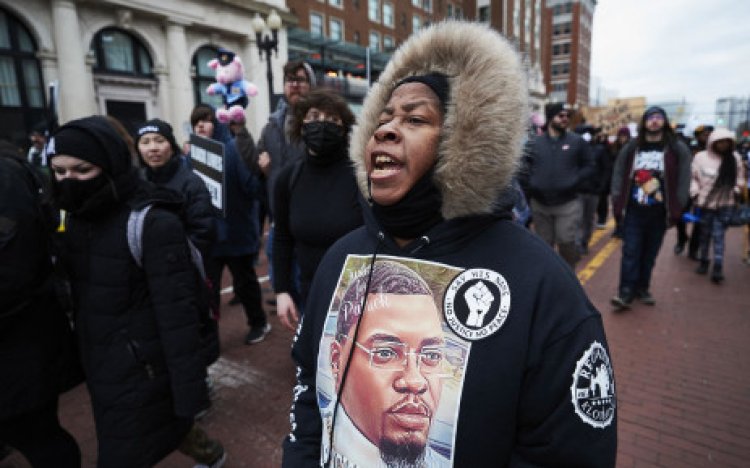 A woman wears a sweater with an image of Patrick Lyoya as protesters march for Lyoya in downtown Grand Rapids, Michigan on 16 April 2022.

KINSHASA - Kinshasa has condemned the shooting by a white US police officer of one of its emigrants nearly two weeks ago, according to a transcript of a government meeting seen on Saturday.

Patrick Lyoya, a 26-year-old whose family reportedly immigrated to the United States in 2014 as they fled war in the Democratic Republic of Congo, was killed during a traffic stop in the city of Grand Rapids, Michigan on 4 April by a white police officer.

He became the latest in a grim litany of black people dying at the hands of police in the United States that has ignited widespread protests against racism and demands for reform.

During a government meeting on Friday, DR Congo Prime Minister Jean-Michel Sama Lukonde "forcefully condemned the cowardly assassination by a white police officer in the United States of a citizen of Congolese origin Patrick Lyoya, unarmed, during a traffic stop," according to the minutes of the meeting.

He said the US ambassador in DR Congo had expressed "his deep regrets and his government's condolences following this despicable act."

US police have released four videos from the incident, one of which shows the officer, who has not been named, lying on top of Lyoya as the two scuffled, and then appearing to shoot him in the head.