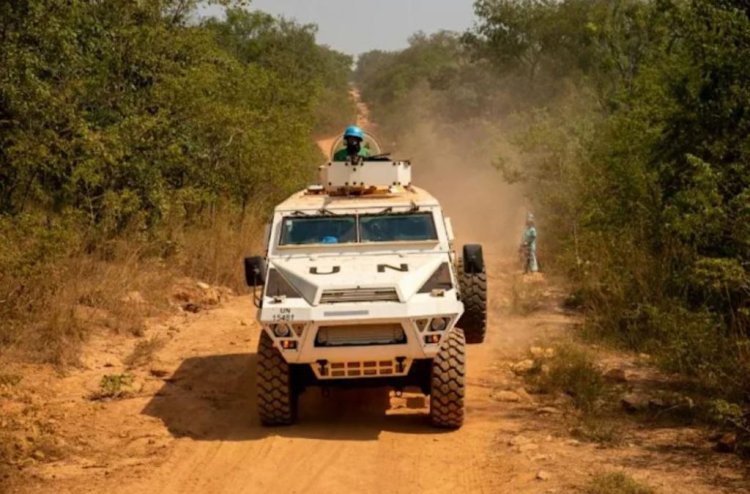 The UN mission in the Central African Republic told media on Friday it had opened an investigation into reports of the killing of a dozen civilians attributed to local soldiers and Russian paramilitaries.

A civil war in the CAR that began in 2013, pitting myriad militias against a state on the verge of collapse, had eased considerably in recent years.

But about a year ago, fighting resumed abruptly when rebels launched an offensive to overthrow President Faustin Archange Touadera.

Hundreds of Russian paramilitary forces fought alongside the army and have helped them over the past year to push back rebels from their strongholds.

The private military contractors are often described as belonging to the “Wagner group” — a Russian entity with no known legal status.

The UN, France and NGOs accuse both the army and rebels of committing crimes against civilians.

On April 11-12, in the villages of Gordil and Ndah, more than 1,000 kilometers (600 miles) northeast of Bangui, elements of the “FACA (Central African Armed Forces) and their allies” — the term used by both the authorities and the UN for Russian paramilitaries — carried out an operation in which civilians were killed, security, humanitarian and administrative sources told AFP.

Between 10 and 15 civilians were killed, the sources said.

“An investigation has been opened into the attack by Minusca,” the UN peacekeeping mission in the Central African Republic which has deployed some 14,000 peacekeepers in the country since 2014, its communications director Charles Bambara told AFP.

The UN force will make no more comment before the investigation is completed, he added.

CAR Presidency spokesman Albert Yaloke Mokpeme said he was not aware of the development.

Last month, the UN High Commissioner for Human Rights, Michelle Bachelet, denounced “serious human rights violations” in the Central African Republic, including killings and sexual violence against civilians, committed by rebel groups but also by the military and their Russian allies.